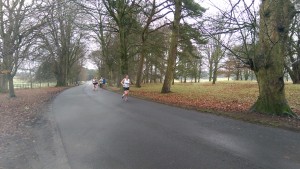 The Kildare Novice Road Championships took place on a blustery but thankfully dry February morning on the triangle of the Curragh. Parking, changing facilities and number pick up were available at the Curragh Sports Pavilion which is a short walk from the start.

The women’s 3000m race got started shortly after 11am. Full result at link below but top 3 women were:

The men’s race 4000m began shortly after the women’s race ended. The top 3 were

Many thanks to the Defence Forces for allowing us use of the Curragh and the Sports Pavilion. Thanks to all the coaches, marshals, officials who enabled this event to go off smoothly and who do so much work behind the scenes. Thanks to the athletes and supporters without whom these events could not happen. Last but most certainly not least, thanks to everyone who helped to put together, serve and tidy away the refreshments after without whom we would all have been considerably colder and and more peckish!

If you have any photos of the event please get in touch and upload to the Newbridge AC Flickr page for posting here.

The next Kildare Road Championship event is the Intermediate and Masters in Naas on March 12th.